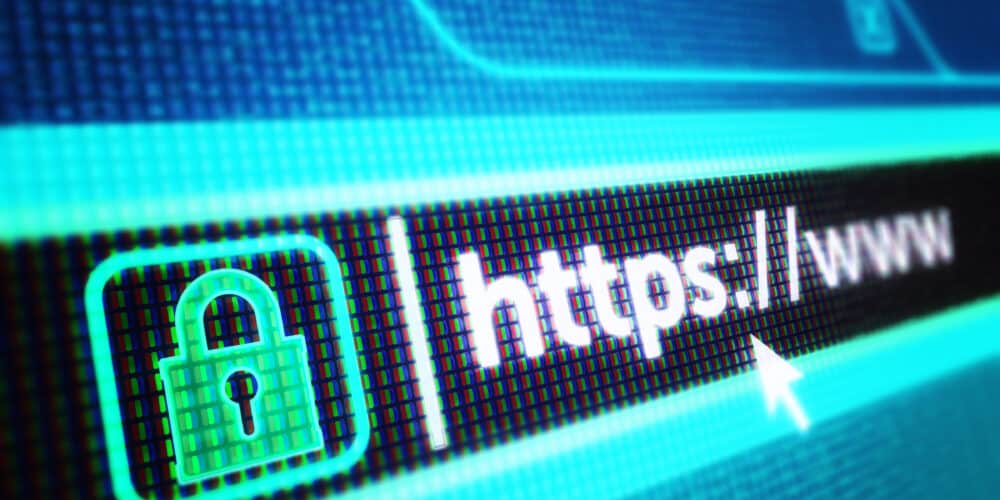 Your own domain name mycompany.be is the basis of your online corporate identity: you can easily link your website and email addresses to it, as well as other online services. But the words online, identity and easily in one sentence also attract the interest of cybercriminals. For phishing, requesting ransomware or otherwise abusing this technology. There is no doubt that they will try. That is why you can read how to protect your domain with cybersecurity and what you should do here.

Your own domain name = greater visibility

Most companies have their own domain such as mycompany.com or a be/nl/co.uk… or a variant thereof. Occasionally you will see smaller SMEs using an email address with their provider’s domain such as mycompany@telenet.be. However, registering your own domain and turning it into a personalised email address is not that expensive and quite easy to do, so why wouldn’t you do it? It gives your company extra visibility. But the more email addresses and other applications depend on your domain name, the greater the risk of abuse…

For example, the abuse of a fake email address with corresponding domain to send phishing mails is very popular. In that case, cybercriminals use domains that are very similar to yours, such as mycompany.com, my8company.com or mycompany.xxx.com. They mislead your employees, customers and suppliers. If you have your own clear domain name, point it out to your contacts. And also make them aware of the risks they are facing if they do respond to an email similar to yours without checking. An alert recipient can easily see that the sender is not a match for the actual domain name. It gets a lot harder when online criminals effectively use your domain. This is much less immediately visible. The abuse of your real domain name is a successful technique for sending fake invoices or payment orders in your name, for example. These are just some of the types of fraud that cybercriminals can commit if they have access to your domain name.

Cybersecurity to the rescue

Fortunately, there is security technology to help you combat such practices. SSL and SPF-DKIM-DMARC are the most accessible and efficient of their kind.

This standard protects against the abuse by cybercriminals of email addresses with your domain name, but also against the sending of spam messages in your name.

The four major advantages of this standard are

To prove online that your website is really yours, the use of an SSL certificate is a good thing. This certificate has two purposes:

Read more about how exactly you can recognise SSL from in this blog: Staying secure online while browsing

On websites, we often see free SSL certificates with a limited validity period which have to be renewed every time. This is fine for the first application, namely the secure connection between visitor and website.

HOWEVER: you have to be aware that this free certificate is also free for cybercriminals. They too make grateful use of https and SSL. This way they can activate a free certificate on a fake domain that is very similar to yours and the unsuspecting visitor thinks it is OK because the link starts with https://.

So, if you want to be sure, always use a paying certificate on your website or online services. Although it is not really expensive and it does appear to be a deterrent for people who want to abuse your good name. A paid certificate is valid for at least 12 months and clearly shows the name of your company. If in doubt, just check.

Would you like to find out how sensitive your company is to these practices? Contact us for a free check-up and advice.

Try us: this check-up and the accompanying advice are free of charge.

Trust us, we’re crazy about cybersecurity! 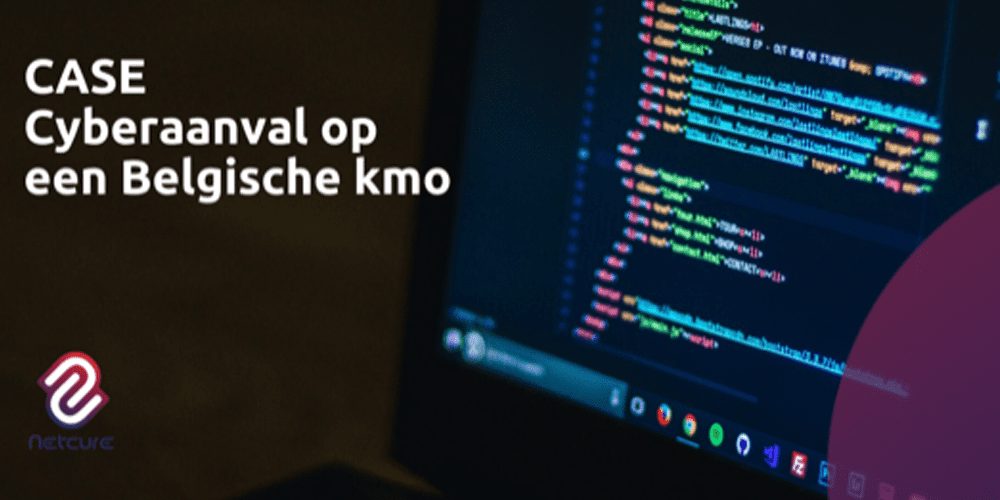 True story: report of a cyber attack on a Belgian SME

For many entrepreneurs, cybercrime is something that they don’t see happening to them. Maybe you too, don’t see the point of having an expert optimising your company’s security. It is worth it! We illustrate our tip with the true story of a small SME that not only lost a lot of money due to a cyber-attack, but also suffered severe damage to its reputation with customers and suppliers.

Ransom for files: a common demand

Cybercriminals had gotten hold of files from the SME and made it clear what demands the company had to meet to get them back: 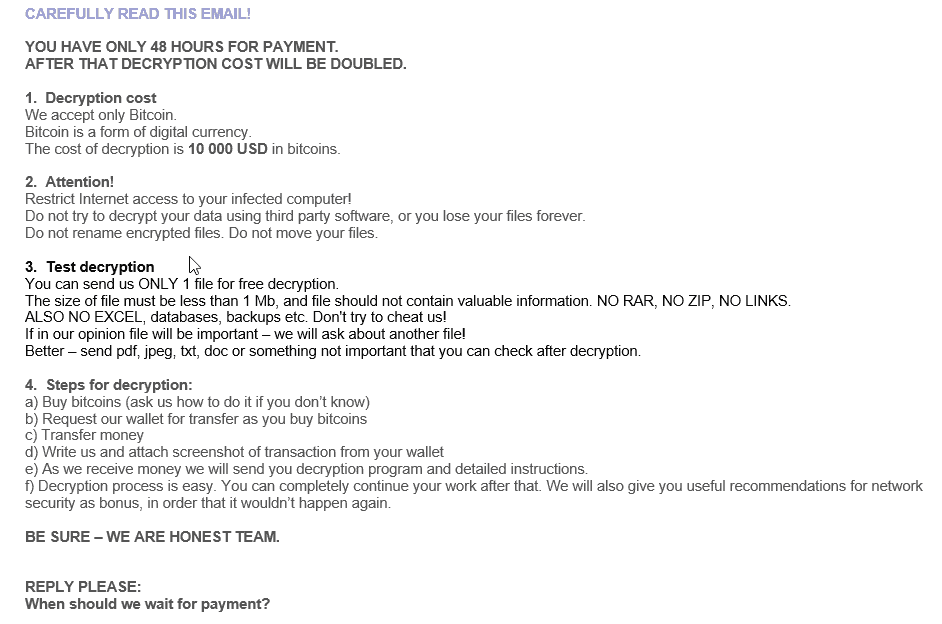 “You have only 48 hours for payment, after that decryption cost will be doubled.”

This is usually the first line in an email from cybercriminals after you contact them to get your files released. Sounds ominous? It was. Check out this day-by-day report.

Day 1: The damage is done

On a Monday morning, the employees of the SME want to get to work, but nobody manages to log into the IT system.

After a call to the IT partner’s helpdesk, the SME discovers that it’s been the victim of a cyber-attack and that all the files on the server have been encrypted with so-called ransomware. The only readable file is a text document stating that the SME has been hacked and should contact a specific email address if they want the files back.

Initially, the IT partner tries to restore a backup, so that the SME can return to the situation before the attack. The partner estimates that this could easily take a day. This means at least one day without income and three employees technically unemployed for those hours.

By noon, however, it’s becoming clear that a large number of backups are encrypted, making them unusable. The attack appears to have started as early as Friday evening, which also makes the weekend backups worthless. What to do now? After some recriminations – the business manager blames the IT partner for a lack of measures against this type of attack, while the IT partner blames the business manager for not having allocated a budget and for not having taken external security seriously – the IT partner finally turns to Netcure.

We advise the SME to file a complaint. We assist the business manager in preparing a file for the police and collect the necessary data. From now on, all further steps are also documented and added to the file.

After a quick analysis, the only solution appears to be to contact the criminals to get the files back. It is important to release as little information as possible that can identify you (the victim). So it is better not to use your trusted email system. General services such as Gmail and Outlook are usually not enough to shield you completely either.

Netcure makes the first contact; the waiting game then begins. The SME has lost a full day and has no access to its history. In other words, it cannot access its invoicing data, accounting, stock lists, warehouse management or email. And there are many more consequences:

it is not possible to deliver to customers either, because no one can see the outstanding orders.

The transport company the SME works with for deliveries has to adjust its planning and charges extra for this.

Day 2: Reply from the hackers

After about 15 hours – which leads us to suspect that the criminals are in a different time zone – we get an answer. The cybercriminals ask to send two encrypted files. From these files, they can identify the process by which this attack happened and even possibly determine the location of the target.

It takes another 20 hours before we receive the text shown above. The ransom is set at USD 10,000.

Three days later, the SME is still unable to help anyone or follow up on outstanding orders. Customers are already becoming less understanding, and some of them are looking for an alternative supplier. Other customers are beginning to wonder whether their data have been revealed to the criminals and whether data has been leaked or stolen. Parties such as the transport company also have little sympathy for the sudden loss of income.

The costs begin to rise and the business manager is willing to pay a ransom, but does not have the USD 10,000 immediately available. Nobody is willing to step in, and the SME gets nasty questions about its (future) creditworthiness.

In the meantime, we are trying to negotiate the ransom amount down. The criminals are not prepared to do this as they don’t care if a small business in Belgium goes bust.

One week on and the situation is unchanged. Until, after days of negotiation, an agreement is finally reached. We manage to get the ransom amount down significantly, and the SME wants to proceed with payment. It still has to cough up a large sum and has no guarantee that the files will be available again after payment. However, there is no alternative.

The payment process takes another three days. On the tenth day, the amount is transferred to the criminals’ Bitcoin account.

On day 11, the SME finally gets a tool that makes the files available again. All’s well that ends well, right? Unfortunately, no.

The SME really suffered from the cyber-attack.

At least seven working days with complete loss of income, technical unemployment of the workers and a huge backlog of work due to complete inactivity.

Serious damage to the reputation , both with customers and suppliers.

Breakdown of trust between the SME and its IT partner.

Cost of the ransom.

Costs for consultancy assistance during the negotiation process.

How the SME could have avoided this

This story sounds quite dramatic, and it becomes even more so when you know that it really should not have come to this. In this particular case, the disaster could have been avoided by correctly configuring the firewall and regularly analysing the protection measures. The means to stop a cyber-attack were available, but were simply not applied in the best possible way.

What would a similar scenario mean for your business? Make no mistake: even if you decide to pay immediately, it will always take at least a couple of days before the situation is rectified. Fortunately, a few simple measures can seriously reduce the risk of a cyber-attack. Let an expert assist you to better arm your business against cybercrime.

Trust us, we’re crazy about cybersecurity!

Your buddy in cyber security, that’s Netcure.
Contact us now!

Subscribe to our newsletter now and stay informed about cybersecurity updates

Energief teams up with Netcure to strengthen their cyber security

Close Menu
Crazy about cybersecurity
This Netcure website uses cookies so that we can continue to provide the best experience to all our users. If you continue on our website, we assume that you are happy to accept cookies.Accept Read more
Manage consent

This website uses cookies to improve your experience while you navigate through the website. Out of these, the cookies that are categorized as necessary are stored on your browser as they are essential for the working of basic functionalities of the website. We also use third-party cookies that help us analyze and understand how you use this website. These cookies will be stored in your browser only with your consent. You also have the option to opt-out of these cookies. But opting out of some of these cookies may affect your browsing experience.
SAVE & ACCEPT